XFur Studio 2 was released six months ago and in that time we have released many minor and major improvements for the asset, including better fur color management, some changes to the Designer UI and support for curly fur.

With 2021 now in full swing and more of our users using XFur Studio in new and creative ways in all rendering pipelines, we have focused for this major patch on features and improvements that can push your creations to the next level with XFur Studio version 2.2.0

As part of the improvements to stability and usability made to the asset and after several iterations over the past few months, Curly fur is now officially a stable feature of XFur Studio 2.

What this means is that it will now be officially supported, a deeper integration with other modules and further customization options and advanced usage cases will be researched and implemented over the next updates while building upon the existing foundation. 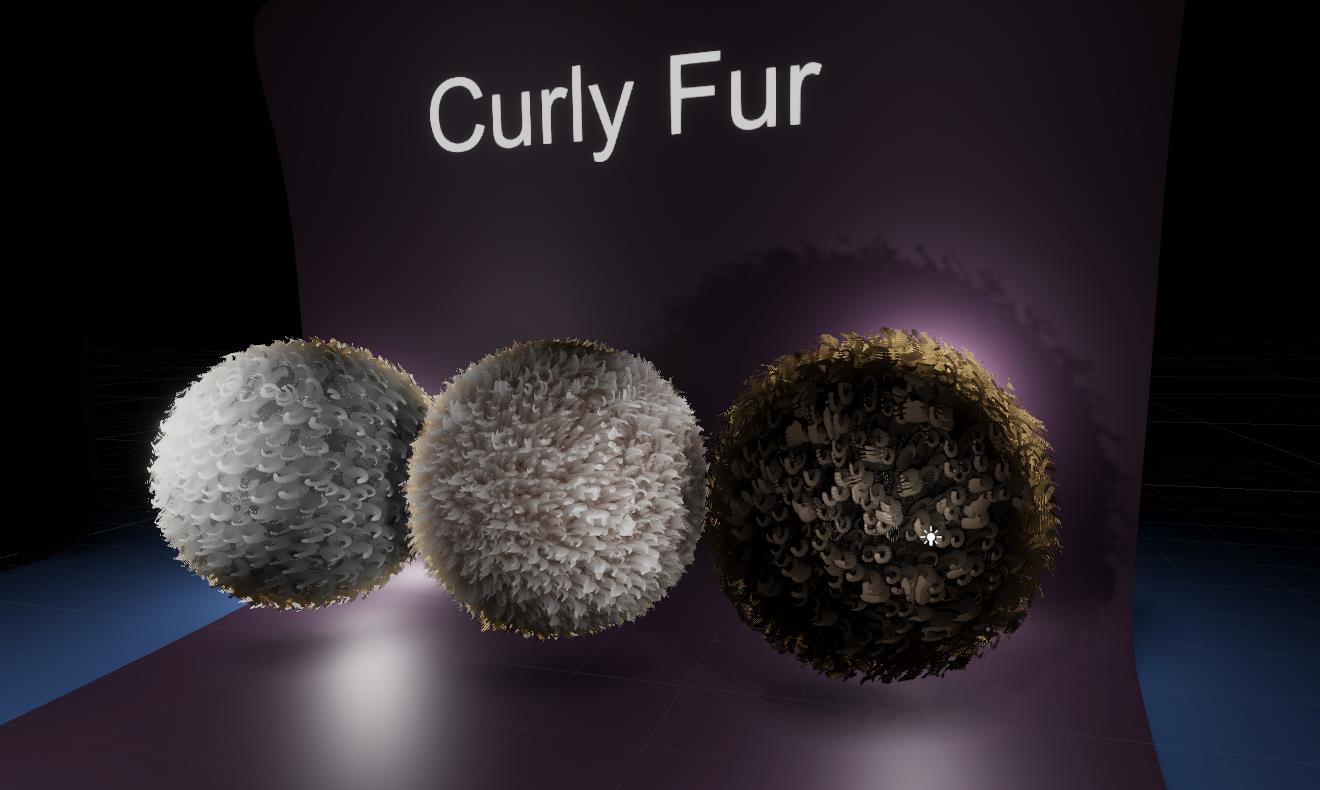 As a small peek of the roadmap for Curly fur, we have some improvements coming in Q2-Q3 including curl variation parameters,  better shape control, improved color control and some smaller adjustments to how curly fur interacts with VFX and Physics.

Starting with version 2.2.0 new packages are provided for Universal RP and High Definition RP in Unity 2020.2. While there have been many internal changes in HDRP for Unity 2020.2 which broke previous versions of XFur Studio due to existing bugs in the pipeline and some non-uniform upgrading for some Unity APIs, we have managed to fix all of these issues and provide integrated workarounds so that your experience with our asset can be as flawless as possible.

This way, despite Unity 2019.4.x LTS being the recommended version for SRP development, projects using Unity 2020.2 and Unity 2020.3 LTS should work out of the box with this latest release.

Fur rendering and lighting has been greatly improved across all rendering pipelines to add support for translucency and basic anisotropic highlights. 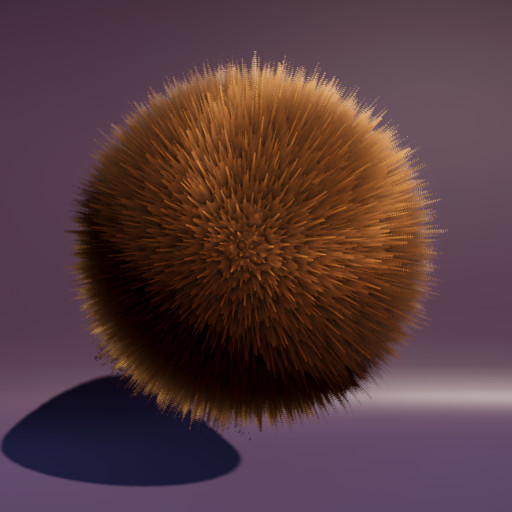 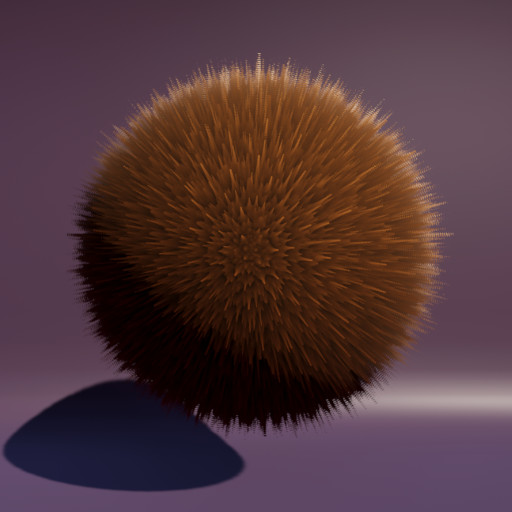 In the standard (built-in) rendering pipeline these effects are achieved through the use of a new component called XFurStudio2_LightManager. This light manager takes the main directional light of the scene and calculates anisotropic highlights and simple translucency based on it. Since this is just an approximation (due to the lack of access to lighting features in deferred within the built-in pipeline) the translucency does not interact with shadows and, at the moment, point lights are not supported for these effects.

Fur rendering now uses a completely custom lighting setup in Universal RP with full support for translucency (for the main directional light) and anisotropic highlights (for all lights). This custom lighting method closes the gap between Universal RP and HDRP quality levels even more, allowing you to achieve realistic fur in all kinds of devices.

Fur rendering in HDRP has reached a whole new level with the port to the Hair Master node. Starting with XFur Studio 2.2.0 this is the new default rendering mode for fur, bringing more realism and PBR accuracy to your models.

In the future, however, after some time passes since Unity 2020 reaches LTS status, the new Hair based shading will be the default and most likely only rendering method available for HDRP. 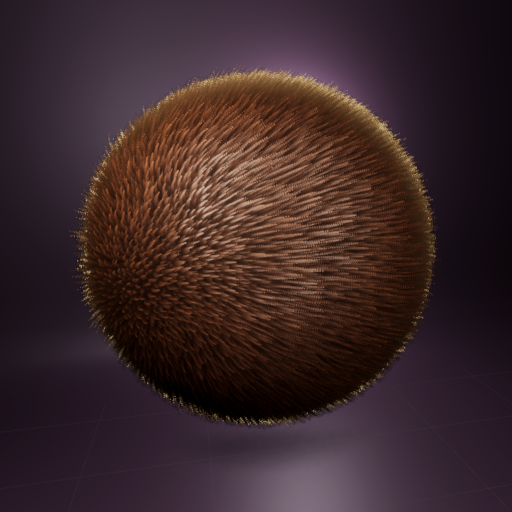 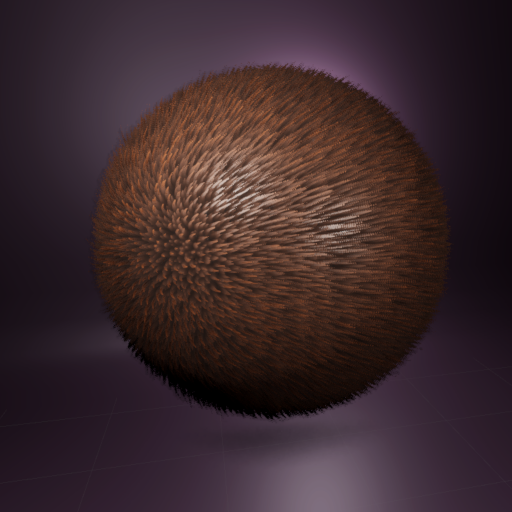 HDRP Fur is still the most expensive to render due to the high demands of the pipeline itself,  especially from overdrawing (something unavoidable in shell based fur), but many improvements and optimizations have been done to ensure that the impact is as low as possible.

The new rendering method has, according to all our tests, the same performance as the previous one so you should see little to no difference performance wise while the graphical upgrade should be quite evident.

With XFur Studio 2.2.0 a new beta feature has arrived, and it is one that will be, in our opinion, a great help for all our users making games that require more magical or fantastical creatures, as well as for all users working with VFX heavy projects.

As the newest addition for XFur Studio 2 we are happy to share with you the brand new Emissive Fur : 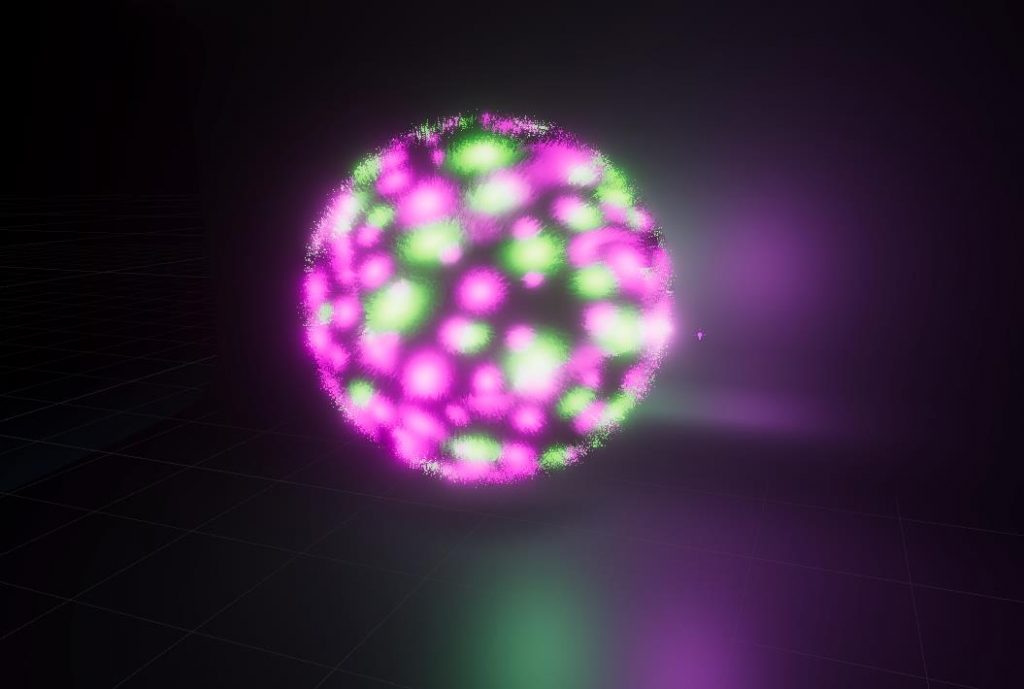 Emissive fur can be used in all rendering pipelines and all rendering modes. It can be easily enabled by turning on Beta Mode on your XFur Studio Instance and enabling it for the corresponding Fur Profile.

Once enabled, you can use the emissive property by assigning an Emission Map and color to the fur or alternatively by using the Decals Module, which now supports custom outputs and allows you to render the UV decals to the diffuse or emission channel for those entities that have it enabled. A new example showing these features is provided for all rendering pipelines, to get you started with this new feature. 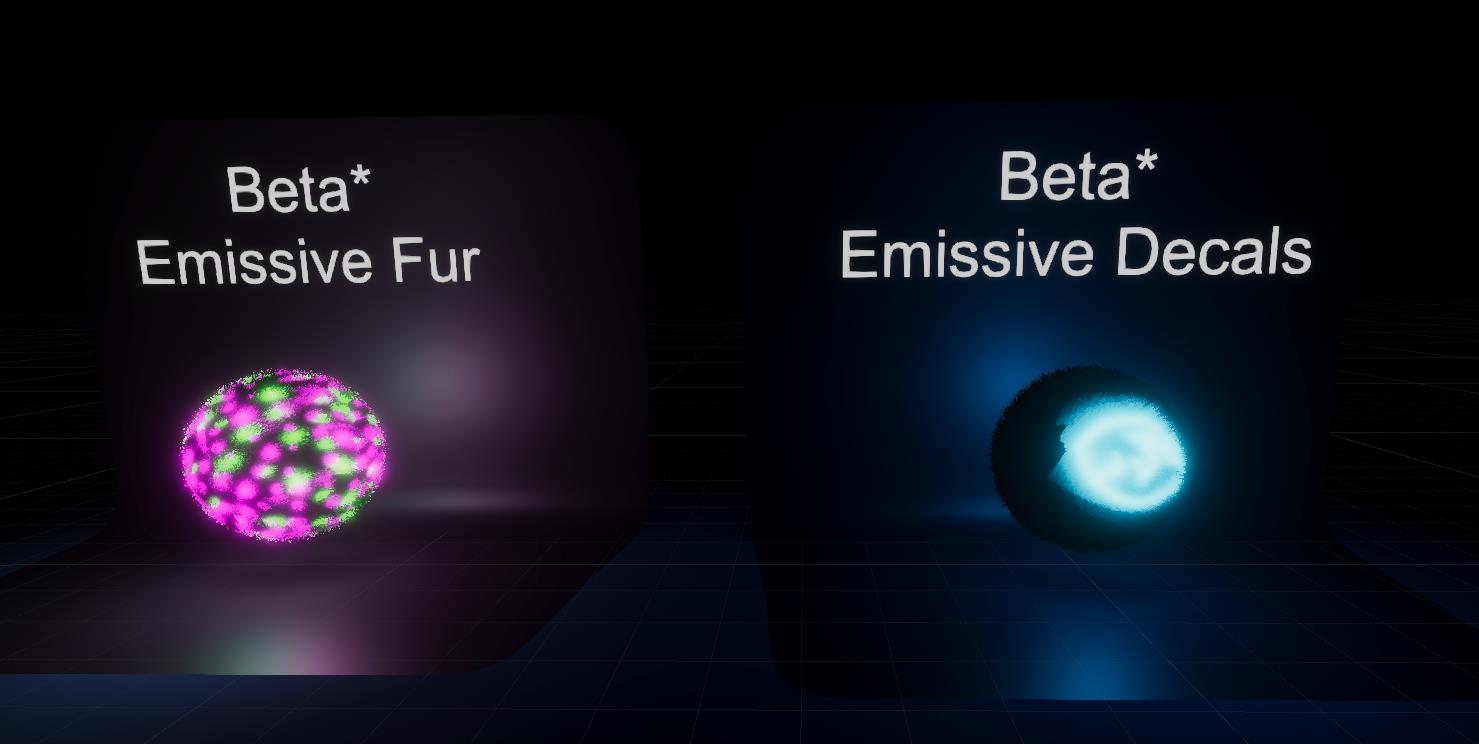 Version 2.2.0 also provides a better user experience thanks to our full UI redesign for all the tool's inspectors as well as a much improved integration with the Light and Dark unity themes (available for everyone using Unity 2019.4.x and above). 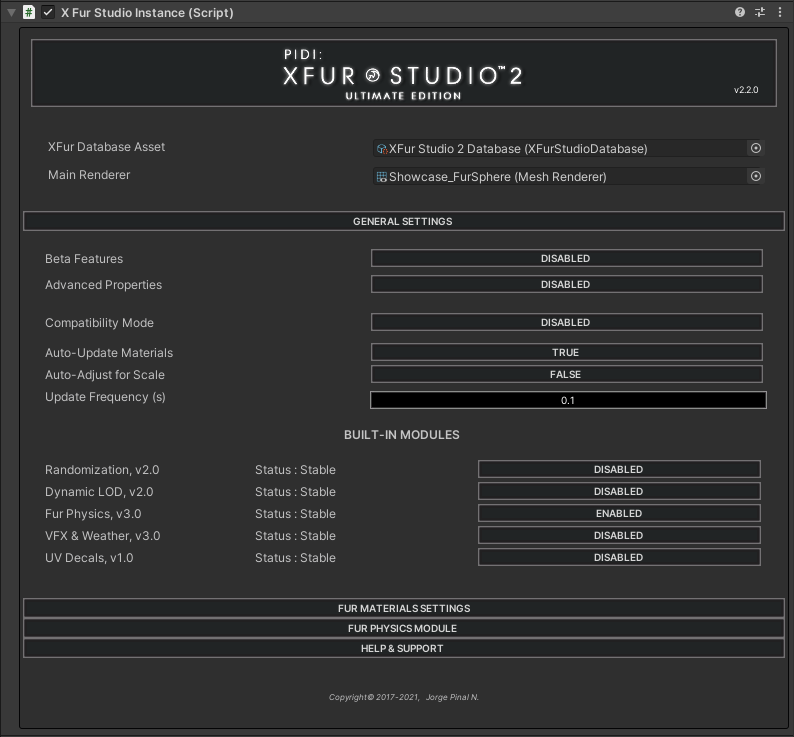 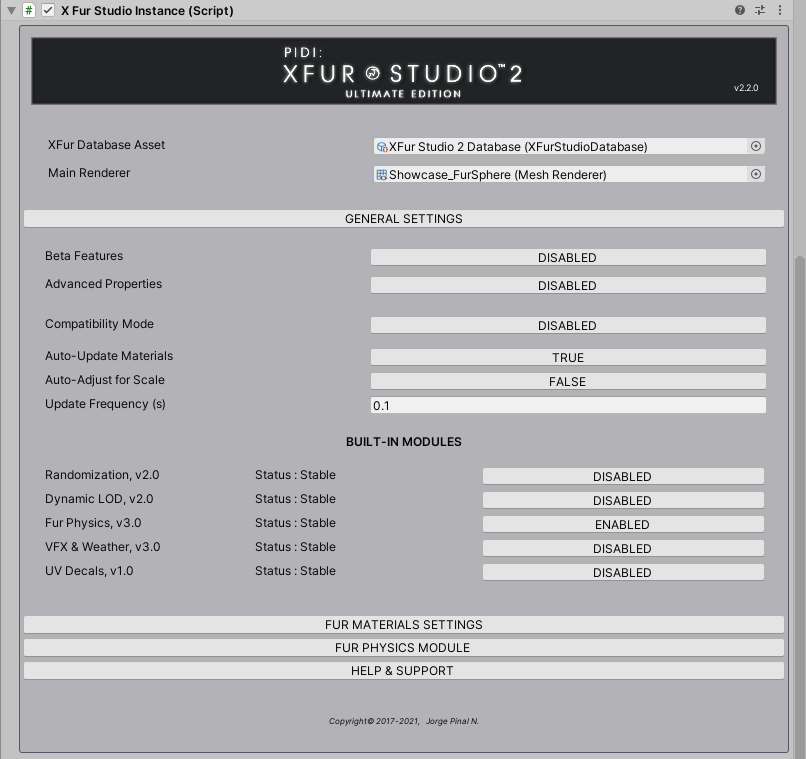 These improvements are not only aesthetic but also in functionality, providing a more responsive editor that is easier to use and handles all the new features in a more intuitive way.

Version 2.2.0 includes a new feature in the Decal module that allows you to reduce dynamically the amount of samples rendered for the fur directly in front of the camera, which is where the samples overlap the most with the least amount of impact on quality.

This overlapping however produces overdraw ( the GPU drawing the same pixel multiple times ) which may reduce performance or produce hiccups in the framerate in slower devices or when using extremely high sample counts.

The Overdraw reduction feature can help with some of these issues by slightly improving performance and greatly reducing the hiccups in framerate, and is available in all rendering pipelines.

This is not, however, a magical solution, and it is still recommended to find a balance that will produce good quality and performance even without this setting enabled and going for lower sample counts in more limited platforms.

While version 2.2.0 has been focused mostly on graphical improvements and updates, new features and VFX, work for version 2.3.0 has already started and it will put greater emphasis on a more flexible API, QoL improvements for the tool and mostly for XFur Designer, closing the gap between our in-editor painting tool and other similar 3D painting software as well as adding more features and control over the way fur is edited,  painted and groomed as well as how it interacts with other FX.

We want to ensure that the only limits when designing your creatures is your imagination and not the toolset, so there are many, many improvements coming to XFur Studio 2 and particularly XFur Studio Designer during Q2. For now however, we hope that version 2.2.0 will take you one step closer to bringing all your animals and creatures to life, and help with all your projects.

We want to give a shout out to an amazing project by one of our customers : Tale of a Wolf, by Luke Reilly.

He has expertly used XFur Studio for many of the animals in his open-world fantasy game, including the main character Ako, a wolf with many magical and mysterious abilities.  His work is using XFur Studio along the High Definition Rendering Pipeline and the results are nothing short of amazing.

We recommend you to follow the development of this game on Twitter, as it is quite active and it is certainly worth your attention. You can also check it on Steam right here.

Please make sure to tag your own projects with the hashtags #xfur2, #madewithxfur or tag us @IrrSoft as we would love to see them and share them here in our posts and across our social media. We've always found amazing the things developers achieve with XFur Studio 🙂

Have a great day, and thanks for using XFur Studio 2!