With the release of PIDI Planar Reflections 3.8.0 around the corner we are taking a moment to talk about the improvements and updates that we are bringing to this new release.

Starting with this new version of PIDI Planar Reflections we have added support for overriding the Clear Flags of the reflection to use either Clear to Skybox or Clear to Color modes. This feature should allow you to give more creative uses for your reflections, including color masking / chroma keying your reflections on URP and HDRP or simply having more control over the way the reflections are presented. 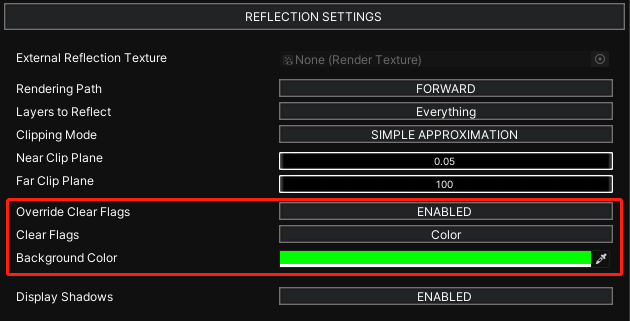 If the Override Clear Flags feature is disabled then the clear flags will be copied from the viewer camera, as usual. This setting works on the reflection renderer and not on a material basis.

A new subgraph node for ShaderGraph has been introduced in 3.8.0 which should make the creation of custom shaders much easier.

This is the PBR-Like Reflections node, which through a series of inputs generates a fully usable, accurately projected reflection ready to use as a color value. In most cases, you may want to use it directly as an input for your shaders' Emission channel but on HDRP a few adjustments may be necessary. 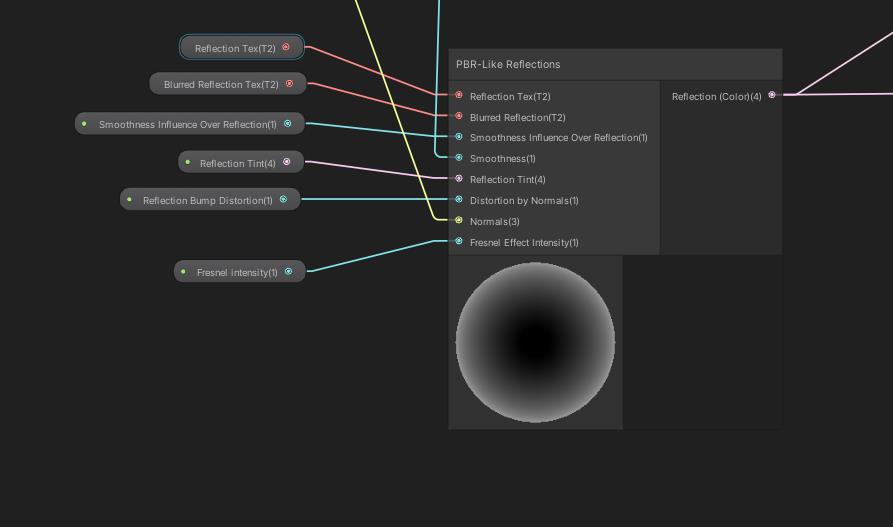 In order to further demonstrate the use of this node, the Lit Basic shader for HDRP as well as all PBR based shaders for Universal RP have been updated to make use of this node which also adds a new Fresnel effect for view dependent intensity on the reflections (which makes them more realistic) to all rendering pipelines.

With this, integrating PIDI Planar Reflections 3 to any custom shader in HDRP and URP is as easy as using a single subgraph node, bringing it as close to a drag and drop solution as possible in these pipelines. Furthermore, while our only officially supported release for HDRP and URP is still Unity 2019.4 LTS all the tests have been run on Unity 2020.2 as well with great results, as we prepare for the eventual Unity 2020.LTS release.

Finally, some HDRP specific improvements have been made to the demo scene to use more accurate values for lighting and a more elaborate setup for its Post Process volumes, using one for the scene and one for the reflections (which is the recommended way of handling them to ensure a correct Exposure across the scene and a MUST if you are using Color as a clear flag on your reflections ).

As more of our customers use HDRP for their high end projects, we are working hard to ensure that PIDI Planar Reflections can offer enough features and flexibility in this pipeline to take advantage of all of its features.

Version 3.8.0 of PIDI Planar Reflections is available now for download, and you can get it here